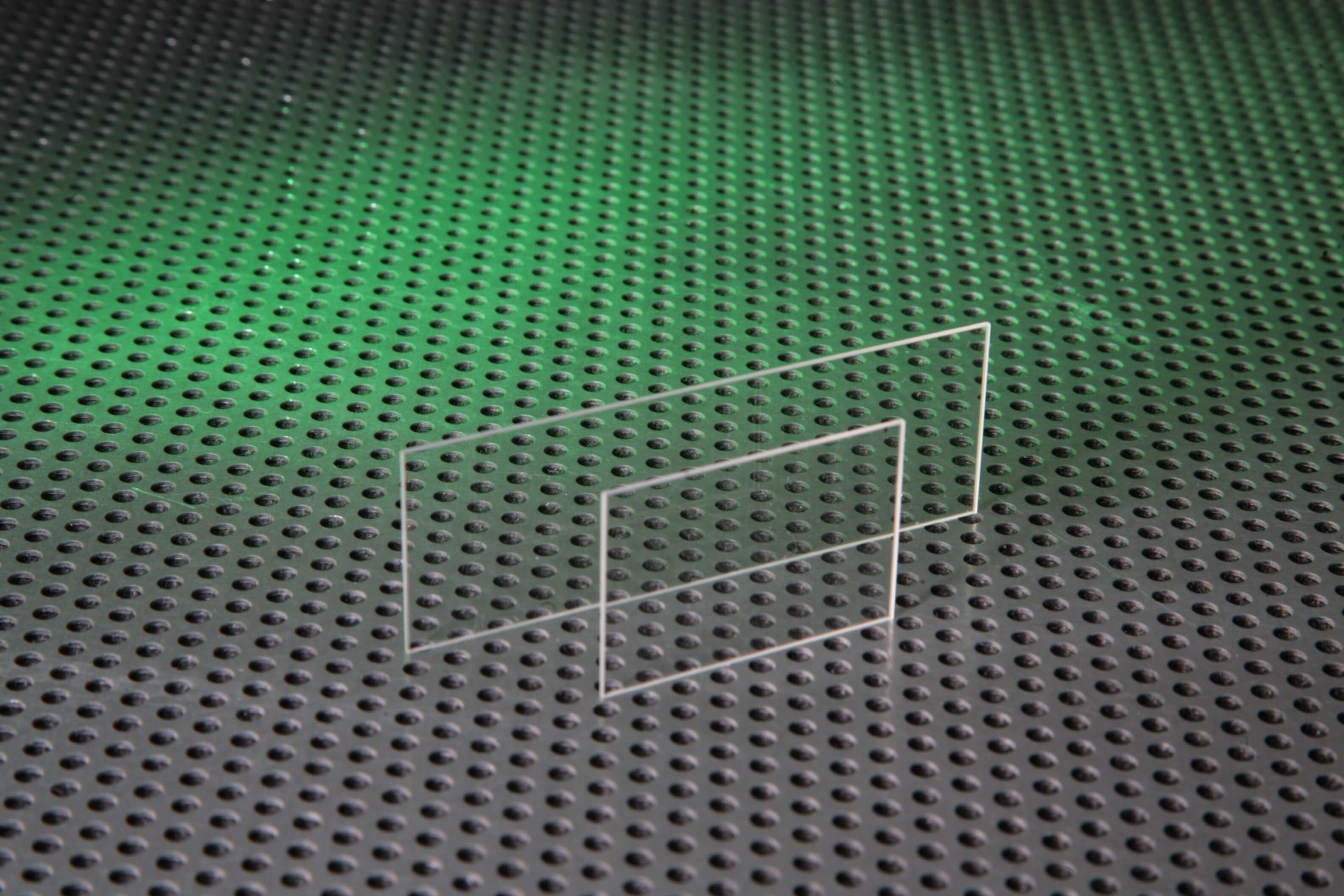 Calcium Fluoride (CaF2) is a naturally occurring optical substance with a unique range of properties.

In its natural state, CaF2 presents as the mineral fluorite. Among the number and variety of optical properties, it presents are its excellent ultraviolet (UV) transmittance and an extremely high threshold for damage by lasers.

What are the optical properties of Calcium Fluoride?

CaF2 shares some properties with Barium Fluoride (BaF2), but brings with it the great advantage of being naturally occurring rather than fabricated, making it therefore cheaper to source and supply.

The hardness of CaF2 is another feature which makes it preferable to barium fluoride in many applications. It has a hardness of HK158, roughly twice that offered by barium fluoride, and does not start to soften under normal atmospheric conditions until the operating temperature rises as high as 600°C. In dry conditions this maximum temperature rises further, to 800°C.

Other properties which make Calcium Fluoride ideally suited to a wide range of optical products across a number of often highly specialised industries include the following:

What is Calcium Fluoride used for in optics?

Calcium Fluoride is commonly used in the manufacture of optical components which use the ultraviolet (UV) spectrum but is also highly suited to infrared (IR) wavelength.

Traditionally, CaF2 has been used to diminish light dispersion in lenses used in telescopes and cameras and has a key role in the gas and oil industries, where finely calibrated detectors and spectrometers are needed for safety and quality assurance.

The low refractive index of CaF2 means that for many applications it does not need to be combined with additional anti-reflective coating.

It also provides superior performance to UV Fused Silica when used in deep UV optics, making it an ideal choice for components of custom designed and manufactured UV optical devices and instruments.

The fact that CaF2-treated lenses, windows, plates and optical prisms work in ultraviolet and visible as well as infrared wavelengths makes them the optimal choice for a wide range of applications, including excimer lasers.

UV grade CaF2 is ideal for use within excimer laser applications as it demonstrates less absorption in the UV ranges than many alternatives. ‘Excimer lasers’ is an umbrella term which covers a broad range of lasers, all of which emit powerful pulses of light lasting several nanoseconds which operate in wavelengths at or near the ultraviolet end of the spectrum.

Excimer lasers are used in the following fields:

Ophthalmology – excimer lasers are used to correct conditions such as astigmatism, near-sightedness (myopia) and far-sightedness (hyperopia). They do this by vaporising a section of the surface layer of the cornea, thus reshaping it and correcting refractive errors.

Dermatology – excimer lasers are used in the treatment of skin conditions such as psoriasis and vitiligo. The highly concentrated nature of the laser enables it to treat the affected areas of skin without damaging the surrounding skin.

Thermal Imaging – thermal imaging systems use infrared detectors which often have to be cooled to reduce thermal interference and keep the detection system at a consistent temperature. Cryogenic cooling is often used to facilitate this, making CaF2 the ideal choice due to its high performance with infrared light across a range of temperatures.

Spectroscopy – many of the windows used in spectroscopic instruments are CaF2 windows. This choice is governed by the fact that CaF2 suffers from only the most minimal fluorescence and a Raman peak at 321cm—1. The fact that this single peak can be identified and allowed for means it has minimal impact on the measurements being taken.

We supply a range of CaF2 products including:

To find out more about Calcium Fluoride products from stock at UQG Optics or manufactured to order, or make enquires about any of our other optical products call us on 01223 420329 or email our sales team at info@uqgoptics.com