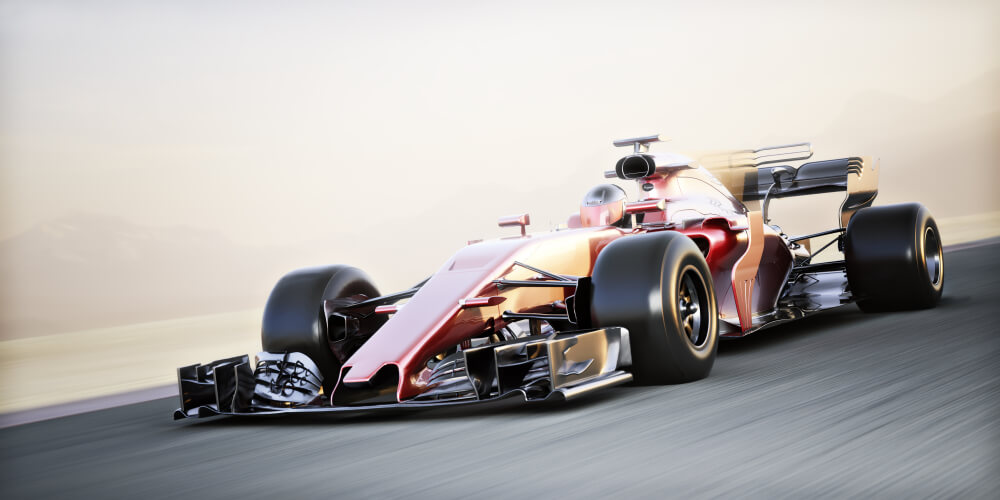 The world of motorsports relies on hundreds of precision components to work perfectly in unison in some of the most challenging, intense, and demanding environments. Optical Components require the highest precision to help deliver results, which in the motorsport industry, can literally be a matter of life and death.

The modern Optics industry is helping drive many industries into the future, but how is helping to steer motor sports towards greater success?

We look at how Optical technology is helping to deliver more advanced systems such as on-board cameras, on-board sensors and more widely in the automobile industry, such as specialised optics used for the development of autonomous cars.

On-board cameras play a vital role in modern Formula 1 racing, not so much in monitoring the safety and performance of the vehicle, but in delivering a highly entertaining viewing experience for television viewers.

The multi-million strong global TV audience for Formula 1 plays a key role in financing its success.  The relatively recent introduction of on-board cameras has presented a whole new perspective to those watching at home.

On-board cameras place the viewer right there in the cockpit of the car, giving them the driver’s perspective for the first time. Allowing audience’s imaginations to be captured as they see every jolt and impact felt by the car and their favourite driver, placing even greater respect and admiration for the sport.

The small scale of the on-board cameras means that several can be positioned in a single cockpit, offering multiple angles on the driver, the car and the track as it races by. Cameras of this kind capture every aspect of the race, from the skill and strength of the driver to the challenges presented by tight swerves, blind corners and fierce competitors.

The key to understanding the use of optics in Formula 1 lies in realising that the sport, more than almost any other, is based on extremely fine margins.

The difference between success and failure can often come down to the smallest fraction of a second. This is why the engineering teams competing each year spend hours monitoring the performance of their cars, figuring out how – while working within strictly enforced parameters – they can take a split second from each lap time. How to maximise the efficiency at every stage of the race from long straights to how the car takes every corner.

For a long time the teams relied on GPS technology to monitor a car as it travelled around the track, using the data collected to fine-tune and tweak elements of the car to maximise performance. More recently, however, engineers have turned to optical speed sensors to gather data on a car’s performance, with particular reference to the tyres being used.

Optical speed sensors mounted to an F1 car can deliver a wide range of extremely accurate readings. An optical sensor reading the track, for example, can gather precise data on factors such as speed, acceleration and braking. It’s one thing knowing how the engine responds to a brake being pressed, but an optical sensor will read precisely how quickly and smoothly the car decelerates.

The fact that an optical sensor is a non-contact device, using light to take its readings, means that it can do so without interfering with the wider operation of the car. The ease of operation also means that updates arrive with very little latency, providing a real-time reading of the operation of the car, monitoring factors such as the slip angle as the car takes corners.

The slip angle is the difference between the angle of the tyre on the road surface and the angle of direction in which the vehicle is travelling. It’s an extremely complex feature of high performance racing cars, but optical sensors are capable of producing much more accurate readings of both angles, enabling engineers to closely analysis the performance of the tyres being used.

Optics in the wider automotive Industry

Above and beyond the highly specialised circumstances in which the motorsports industry makes use of optics technology, the wider automotive sector is coming to rely on the technology to an increasing degree.

This is thanks to the rise of autonomous vehicles, driverless cars which rely on a combination of lasers and cameras to ‘read’ the road during travel and steer the vehicle around pedestrians and other road users, at the same time as interpreting traffic signals and responding to unexpected events. The hope is that, eventually, highly accurate optical sensors on all sides of a vehicle will lead to genuinely autonomous vehicles which use technology to greatly reduce the incidence of road traffic accidents.

Are you in need of quality optical components for the automotive industry?

If you work in the automotive industry and want to take full advantage of the optical revolution taking place then get in touch with UQG.

Our products are designed and manufactured to deliver high precision results, combining durability and versatility with the ability to operate in highly challenging environments. If you’d like to find out more call us on 01223 420329 or email our sales team at info@uqgoptics.com.